I wrote a zine recently about healthcare as a chronically ill person. Hopefully it’s the first of several! It’s available as pay-what-you-want (including $0) at itch.io here: https://mxmatched.itch.io/1-to-10-zine 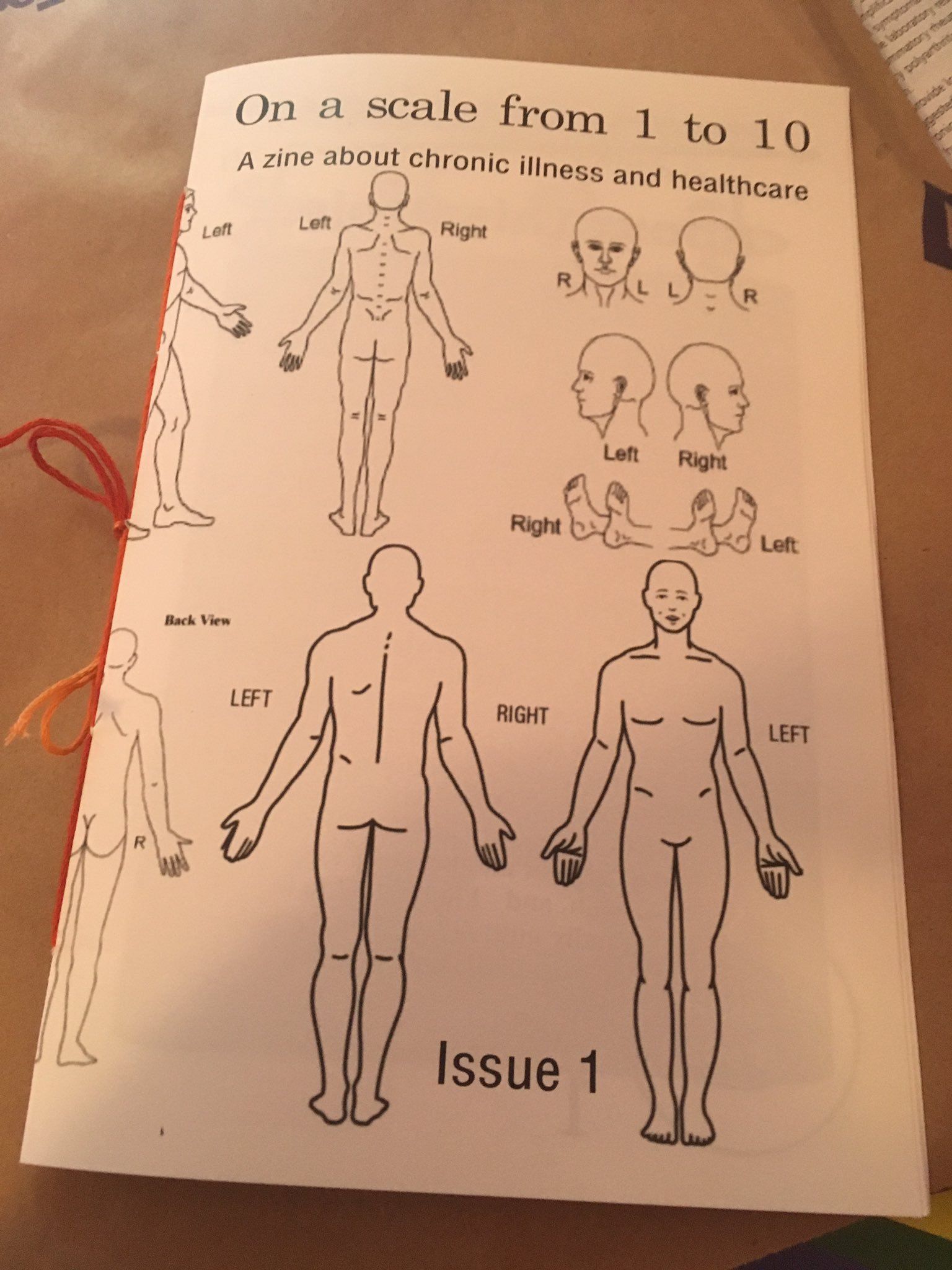